How to Build an App Without Code in 3 Easy Steps 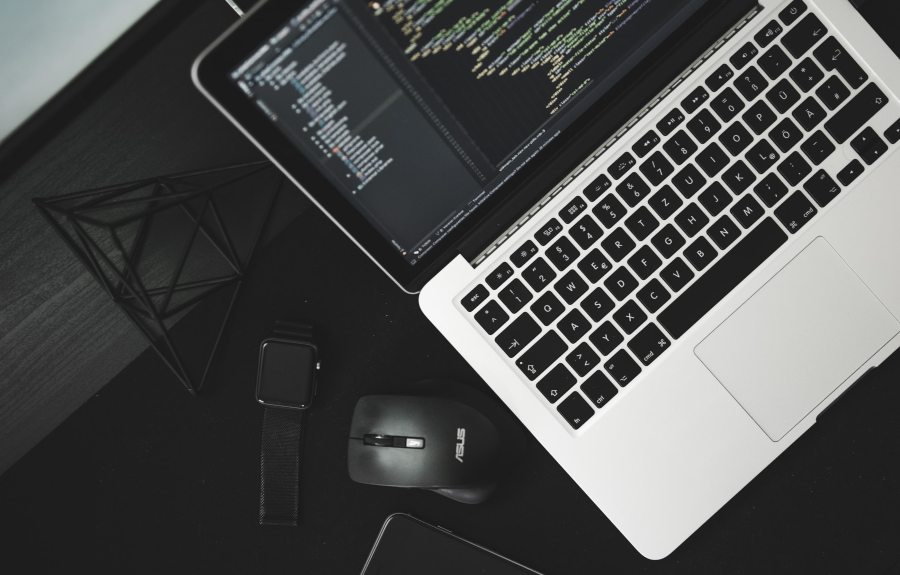 Is there a way to build an app without code or any programming skills? Keep on reading to learn more!

When we think about building an app, the first thing that comes to our mind is all the complex, expensive, and lengthy development that is usually associated with it. And this is not far from reality – according to 3SidedCube, an app can take anywhere between three and nine months to develop depending on its complexity and the overall structure of the project.

This type of app development is typically divided in different stages, including:

Which doesn’t even include the time needed for making continuous improvements to your app, as well as ongoing support post launch – which typically includes updates, fixing bugs, and so on. You get the idea! Building an app from scratch can definitely be a lengthy and challenging process, especially if you are planning to add really advanced features to it.

Luckily, this is not the only way that you can establish your mobile presence – you can also build an app without code, and in less than 30 minutes. Today, we will see the exact steps that you can take in order to achieve that, as well as the benefits of going in this direction.

What does it mean to build an app without code?

Building an app without code means exactly what you would imagine. It is done by relying on no-code development platforms that use visual development environment to allow layman users to create apps. The most popular and effective method for achieving that is through the so-called Drag and Drop builder, which helps users add application components until they get a completely functional app.

Put simply, the idea behind a Drag and Drop builder is to provide the user with pre-coded components that are easily personalizable without any additional code.

Some of the benefits of no code application development include:

One of the biggest barriers that companies have when it comes to app development is that it requires a huge budget that they are simply not able to afford. Creating a powerful app with complex functionalities can cost anywhere between $10,000 and $100,000! Some advanced apps with a more unique infrastructure can reach even $500,000 in the United States.

Luckily, Drag and Drop builders (which are typically subscription-based) allow you to develop an app without code that fits your budget. For example, you can create your own app with Beezer for as little as $16 per month, which is significantly less expensive than native app development.

No code app development makes it significantly easier and faster to build apps. Because your app is created with pre-built modules, components and features, you can have it up and running in just a single day. As we saw earlier, this is not the case with native app development – which can take many months before you see your app published in the app stores.

Another reason why you should build an app without code and using a cloud-based app builder is so that you can bypass app stores. Of course, if you want to develop a native mobile app, you will still have to publish it on the app store. However, you can also use a progressive web app builder that will let you build advanced web apps, and see any change you want to make updated in real time.

As opposed to native apps, web apps can be accessed with a single URL just like a regular website, and users can get to them directly without the need to download them from an app store.

When it comes to traditional app development, you don’t really have the flexibility to change a feature or a functionality in the matter of minutes. These changes usually require a good coordination with your developers, some extra time for them to make an efficient implementation, and in some occasions users will have to update their app in order to see them.

On another hand, if you build an app without code and by using a Drag and Drop builder, you can achieve a level of fast and direct personalization that you can’t get with traditional methods. With no code development, you can implement your changes instantly, and see them update in real time.

And the best part is, you can do most of these changes yourself, without relying on developers. After all, this is the original idea behind creating apps without the need for coding skills!

And now that we’ve seen some of the benefits of building an app without code, let’s go straight into the steps that you can take in order to achieve it.

1. Select the right type of app for your business

The first step to creating an app without code is to select the right type for your business. Currently, there are three main types that you can choose from:

These are the most common software applications, and they are the ones that you will typically find in app stores such as Google Play, Samsung Galaxy Apps, the Apple App store, and so on. What is particular about them is that they are especially designed for a specific app store and operating system in mind, which means that building an app for one store (let’s say, Google Play) will not be transferrable to another one.

In other words, if you build an app for Android, you would have to invest in separate development if you also wanted to have the same app on iOS.

On the good side, native apps provide great user experience (because they are specifically designed for the particular operating system), a high level of security (think of all the requirements and regulations in the app stores), and full functionality (they are capable of connecting to the user’s device and operating system, which lets them use the device’s features).

However, they are usually associated with extremely high development costs and tend to take a lot of space on the user’s device, which means that many native apps end up being uninstalled because of it. Another negative side is that they can’t be accessed without a third-party (the app stores), which creates extra steps for the users, and they will download less apps overall.

Progressive web apps are software applications that have the look and feel of a native app, but they don’t have to be published nor downloaded from an app store. In fact, users can access them directly with a single URL or a QR code just like websites, which means that there are no extra steps which may prevent them from reaching your content.

With progressive web apps, there is no need for third-party distribution systems (you can easily bypass app stores), which makes them extremely easy to share and promote with effective PWA Marketing strategies. Additionally, as opposed to native mobile apps, they also require significantly less investment – a single PWA app meets all the requirements for all platforms, devices, and operating systems, which means that you don’t have to incur in extra costs by building separate apps for iOS and Android.

On top of that, PWAs can also work offline and be indexed by search engines.

If you want to devlop an app without code, the third option that you can choose from are hybrid apps. Put simply, hybrid apps incorporate elements from both native apps and progressive web apps. They can be distributed through an app store like native mobile apps, but a single base code makes them available for all operating systems without the need for separate development.

Hybrid apps are usually faster to build than native mobile apps, and they require lower development costs as well – it is estimated that building a hybrid app is 30% cheaper than building a native one. However, they tend to be limited in functionality, lack power and speed, also have some connection limitations. For example, they are not capable of working in offline mode – in comparison, progressive web apps can actually work when offline, or if the Internet connection is troubled.

The important part is to choose one that allows you to create apps without the need for any coding skills, which means that you will work with pre-built components.

App builders can offer different features, functionalities and level of flexibility and personalization, so some might be more suitable for your business than others. So, before you make the final decision on the best builder for building an app without code, ask yourself the following questions:

Of course, these are just some of the questions that you can ask yourself before selecting the right builder for your app without code. Another important factor is the relationship price-quality – some builders may be more expensive than others without compensating with better quality or more features or templates.

So, take your time to research all these details before making the final decision – once you have your app up and running, it will be really difficult to change your app builder to another one. And the chances are, you will most probably have to create another app from sratch, which may lose you all the audience.

Now that you have selected the right app builder for your business, and has decided on the best type of app that meets your goals, the next step is to start building your app without code. And this is probably easier than you could have ever imagined.

For example, with Beezer, all you need is to create an account (you have a 14-day free trial), give your app a name, select the template that corresponds to your business, and just start developing your app right away. Our components are neatly structured, and all you have to do is drag and drop them right onto your app. It is this easy! So, what are you waiting for? Start your free trial today: