Create a ticket or get instant answers to common questions.

Do you need help with your app? Are you facing tech issues? Get in touch with our support team!

Do you want to see how a particular component works? Discover our collection of tutorial videos!

Do you have questions about Beezer or progressive web apps in general? Consult our FAQ.

We've compiled a list of answers to common questions.

What is a progressive web app?

A progressive web app is an application that operates within a browser, and combines the best out of web and native app technologies. Progressive web apps are light, fast, easily shareable with a single URL, and installable on your device as an icon. Additionally, they can access the device’s hardware to provide one-of-a-kind experience independently from the device or browser used.

What is the diference between a PWA and a native app?

Native mobile apps are software applications that are most commonly found in stores such as Google Play, the Apple App store, Samsung Galaxy apps, and others. They are typically designed for a specific store or operating system in mind, which means that developing the same app for another operating system will require separate development and costs associated with it.

Progressive web apps run directly inside the browser of the user’s device, without the need to be downloaded from an app store. They are not standalone apps, meaning that you will not have to install actual code into your device.  However, you can still download them securely and directly on your phone as an icon or a bookmark. Additionally, a single PWA works on all devices, browsers & OS, without the need for separate development and extra costs.

What is the difference between a PWA and a responsive website?

While responsive websites and PWAs share things in common, responsive websites don’t offer push notifications for engagement, nor service workers and web manifests which allow the PWAs to control network requests and cache those requests to improve performance. Additionally, progressive web apps are not only responsive for screen sizes, but also for different operating systems, and they are installable on your device as opposed to responsive websites.

What are the benefits of progressive web apps?

Some benefits of progressive web apps include:

What does "progressive" mean in progressive web apps?

Progressive enhancement is a development approach that puts emphasis on web content first, and it is activated progressively based on the Internet connection and the browser of the user. In other words, it will first load the basic content and functionality of the website, and then deliver an enhanced version for those users that have a faster Internet connection, additional features in their browser, or greater bandwidth.

What payment gateways does Beezer support?

Currently, we work with Stripe and Paypal, but we are working on additional integrations as well.

What integrations does Beezer have?

You can check all of our integrations here. Every time we add a new integration, it will be updated in this link.

Can users add an icon of my app to the homescreen of their device?

Yes. Once added to the home screen of the mobile device, the app icon will look very similar to the icon of any native app. When the user clicks on the icon, the PWA opens in its own environment similar to a native app (not in the mobile browser of the device).

What are the costs for extra SMS credits?

Will I be able to download / export the code of my progressive web app?

No; unfortunately, this is not possible at the moment.

Is Beezer partnered with Weebly and Wix?

Can I publish my app to the app store?

No, this is not possible with Beezer at the moment. One of Beezer’s main benefits is that it helps you skip app stores, which enables you to cut out app store commissions and deliver your content straight to your audience.

What is the technical framework behind Beezer’s platform?

We use Reactjs for frontend, and Nodejs for backend.

Is there any storage limit?

Yes, there is a limit of 1GB per media.

Do PWAs made on Beezer’s platform include SSL?

Yes, all PWAs made with Beezer include an SSL certificate.

Can I resell apps with Beezer? Is there a white-label option?

Yes, we offer Beezer as a white-label service so you can resell apps to your customers. You can learn more here.

Will the admin have access to the information and apps within the sub-accounts?

Yes. The admin account owner will have full access to manage all apps within the account. The app admin will only be able to access the specific app content and user data collected via the app that they have been assigned to.

Can I connect every new app with a new domain with cname and a-record?

Yes, you can enable a custom domain for each app within your plan.

Yes, this is correct. As an account owner, you will be able to change the app content and app URL at any point. You can also download/delete all user data collected via the app.

Can I build a membership app?

Yes, you can manage memberships and subscriptions with your Beezer app.

Can I build an LMS app?

You can leverage our existing features to achieve many LMS capabilities for a functional educational app. You can incorporate instant content updates, member login for users, collect feedback and user data in a customized user profile, upload content, and others.

We are also working on a new feature called User Diary which will allow users to write notes within a dedicated section of their user account, and share these notes with other app users as well as the admin based on their preference. The admin can also collect documents from the end user and give the end user different levels of access to the app. Finally, the admin can create subscription payment plans to the app in order to monetise the educational app content.

Can I transform a Wordpress website into a PWA?

You can embed a wordpress site in the app by using an iFrame component. However, this may face certain restrictions and limitations, especially if we are talking about a big ecommerce website. For this particular purpose, we recommend using our tool Appzer, you can find more information here.

Does Beezer have a public roadmap?

Do I own the content delivered through a Beezer app?

Yes, you are the sole owner of your app and all its content.

“It’s affordable, it’s user-friendly, it’s easy to set up – it just has all the tools that you need in order to make your business run.” 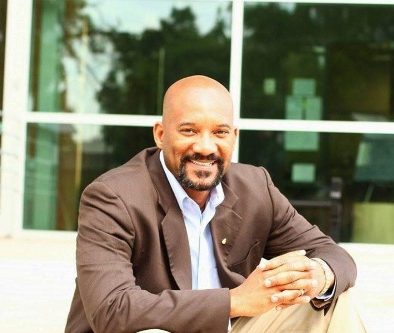 Do you need extra help? Get in touch with our Support team.