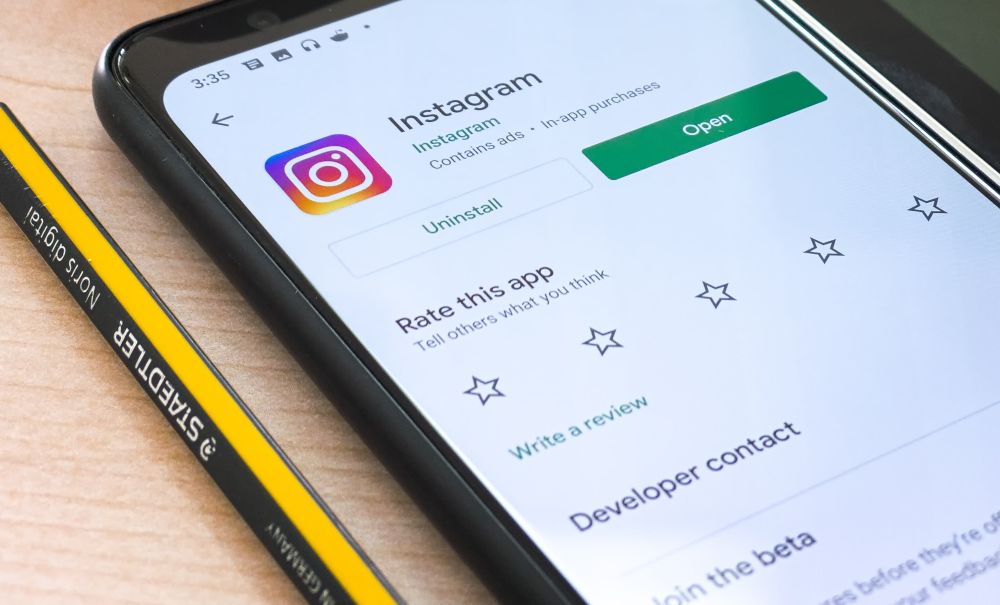 You invested a lot of money on mobile app development, but you are barely getting any app downloads? Keep on reading to discover some of the most solid reasons to bypass app stores – and more importantly, how to do it the right way.

If we take a quick look at the global statistics for app downloads, the numbers are more than impressive – according to Statista, there were 205 billion app downloads in 2019 alone. Sources cite more and more impressive statistics that swear on mobile app growth – about 21% of Millennials open an app at least 50 times a day. Today, there are more than 5 million apps available on major stores such as the Apple App store or the Google Play Store. And 49% of all mobile users open an app about 11 times every day.

In fact, it is expected that mobile apps will generate the whopping $189 billion by the end of this year! And, if these stats were not enough to impressive enough, another tech report promises that the average mobile user uses about 30 apps each month.

Of course, these sources are trustworthy and the statistics are accurate – but unfortunately, they don’t tell the whole story. Mobile users might indeed give passing usage to 30 apps – but according to Statista, they actually spend an overwhelming 77% of their time just in their top 3 apps. The truth is that while some of the biggest apps might continue experiencing unprecedented growth, the sad reality for 80%+ of all apps in the app store is that they will never see their first download. And, for those that do, the perspectives are not much better – according to Localytics, the average mobile retention rate after the first month is just 43%, a percentage that drops to 29% after three months of using the app.

In other words, after companies spend so much time, effort, and money on native mobile app development, 71% of all app users will churn within 90 days.

And of course, we are not even talking about all the apps that were developed, but got rejected by the app store and didn’t even get the chance to find their place under the sun.

Although app stores are a great way to provide a centralized shopping market for mobile users, they could be doing more harm than good for businesses. After all, they create extra steps for a product that could otherwise be consumed quickly, instantly, and without taking any space on the user’s phone.

And that’s why today, we will see some of the most solid reasons why you should bypass app stores – and how to do it!

1. Skip the extra steps for users

One of the biggest reasons why you should bypass app stores is to save a lot of unnecessary steps and effort for your audience. Just think about the journey that a user goes through from the moment they learn about the existence of your app, to downloading it:

And these are not even all the steps that users might have to take to download an app. Creating an account for the app store, and another one for the app itself, filling out credit card details…these are some of the other extra steps that will convince you to bypass app stores for good.

Considering the fact that 65% of all smartphone users download 0 apps per month, and most of the apps that end up installed will be uninstalled within a week, it is no surprise that conversion rates are not what many companies expect them to be.

Having said this, another solid reason to bypass app stores is so that you can switch to an alternative that provides better conversion rates for your company. After all, if your app isn’t converting, you are not getting your return on investment, and you are probably not reaching your business goals. Thankfully, there is one easy and powerful alternative: progressive web apps.

Progressive web apps are essentially websites that behave and feel like a native mobile app, except for the fact that they don’t occupy space on your phone, can be accessed via a simple link, and most importantly – do not require an app store in order to be downloaded.

But why do PWAs have 36% higher conversion rates than native apps? The main reason why is due to a curious phenomenon called the “mobile revenue gap”. This gap, as explained by Tom Karwatka, explains a rising tendency that online businesses has been observing over the last few years: although mobile traffic and time spent on mobile are much higher than desktop consumption, mobile sales are significantly lower.

In other words, the phenomenon suggests that users prefer to research on mobile, but the actual conversion happens on desktop – a trend that has been particularly noticeable in the retail industry.

Since progressive web apps combine the best of both words, users will be able to both research and convert seamlessly, without leaving your app.

Another reason to bypass app stores when establishing your mobile presence is to cut on all the extra costs associated with publishing your app on popular stores such as the Apple App Store or the Google Play Store.

Nowadays, having a good mobile presence comes at a very high cost which can often be impossible for many small businesses. On one hand, we have the huge investment associated with native mobile app development – small apps with very few basic features can cost anywhere from $10,000 to $50,000, which is already an important amount that not all companies can fit within their budget.

But of course, these are not all the costs that you can expect for developing a native mobile app. Different app stores usually require separate development, which means that if you develop an app for the Galaxy App Store, you will not be able to publish it on the Apple App Store – and vice versa. In other words, you would have to invest in separate development and maintenance, incurring in even more costs.

You thought that was all? No, unfortunately, it is not. Once you publish your app, each app store will have its own requirements, fees, and commissions. For example, the Apple App store takes as much as 30% of many apps’ sales! This commission has a huge negative impact on small apps that are barely making any profit, forcing business owners to pass that cost on to customers, increasing prices as a result.

For this reason, having a progressive web app is a great way to bypass app stores and cut on all the costs that could be preventing you from achieving your business goals.

As we already mentioned, there are millions of apps in the app stores, and many of them will go unnoticed – unless you are actively investing in paid promotion and different Marketing strategies to gain more visibility for your brand. But even then, there is no guarantee that the user will be convinced to download your app – no matter how good your advertisement or campaign was.

The point is, getting visibility on app stores can be really challenging, especially if you are a small company that is not willing to spend much on active promotion. However, if you hope that your app will just sit there unattended, and users will simply stumble across and decide to download it, the chances are that you will end up really disappointed.

Having said this, there is a way to bypass app stores that will not only help you gain more app visibility with the same amount (or even less) of paid promotion, but even organically – progressive web apps. Because PWAs can easily be shared with a single link or a QR code, you can promote them everywhere and anywhere just like regular websites, and get users to access them without having to download anything first.

Progressive web apps are also indexable by search engines, which means that people can actually stumble across them by simply browsing the web for relevant keywords related to your business. You can also improve the Search Engine Optimization of your PWA, and collect organic traffic from Google without investing a single cent in paid promotion. Or at least – investing significantly less than you would for a native mobile app.

We already talked about the conversion rates of native mobile apps, but there is another key aspect that you can improve significantly if you simply bypass app stores: customer engagement.

Think about it from the perspective of your audience – most mobile users are only interacting with just a few apps on a daily basis. Many other apps will remain on the mobile device because people simply forget to uninstall them, until they need the space for another app or a large file. But there is little to zero interaction in the meantime – and after all, getting the user to download your app doesn’t have any value for your business if he isn’t interacting with it at all.

According to Smashing Ideas, most companies that switch from a native mobile app to a PWA notice a 50% increase in customer engagement, mainly due to the fact that progressive web apps provide:

In other words, progressive web apps are built with features that provide faster and smoother experience for app visitors, increasing customer engagement in a sustainable, non-intrusive way. Additionally, because PWAs are compact and often weigh less than 1MB, there are no space issues at all. Which means that users will be able to access them from anywhere, at any moment they need to – resulting in higher engagement rates.

Another reason to bypass app stores are the strict, stressful, and sometimes unreasonable requirements that app stores have for all businesses and developers that want to publish their app. In fact, there are hundreds of reasons why your app can suffer app store rejection.

Of course, establishing standard minimum requirements is an excellent way to guarantee good experience for users, and ensuring that they will not download a poorly performing app. However, many small businesses make an important initial investment in an app, but don’t have the human or financial resources to comply with all the particular requirements for each app store. As a result, they might abandon their project before ever reaching the app store.

On the good side, progressive web app builders like Beezer provide a great platform and all the tools that companies may need to establish their mobile presence. And because PWAs do not require a digital distribution system – or in another words, app stores, you can build your app in just a few minutes without worrying about app store rejection. You just drag and drop all the features that you like, and publish your app on the instant!

As we already discussed, there are multiple reasons why you should bypass app stores – and so far, the most powerful and high performing alternative are progressive web apps. By building a PWA, you not only cut on the huge costs for native development and maintenance, but you also have an easier pathway to build better brand visibility.

Are you ready to try out Beezer? Click here to start building your first progressive web app today!