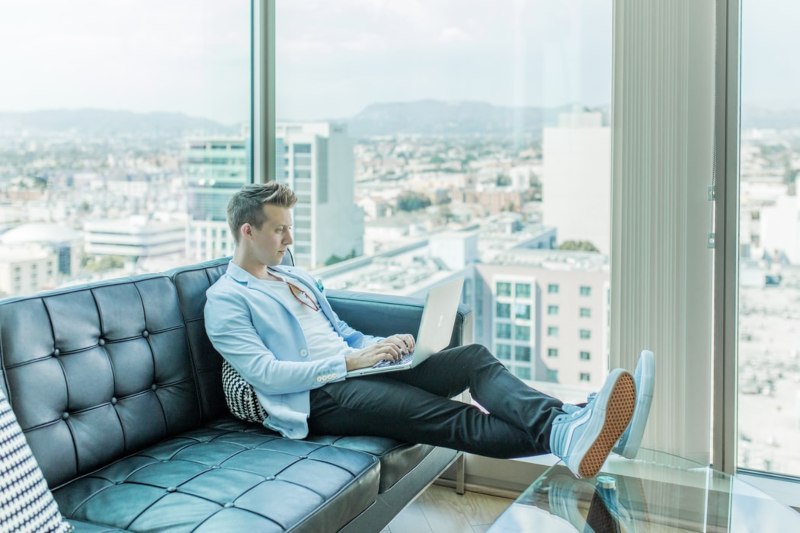 In 2015, designer Frances Berriman and Google Chrome engineer Alex Russell pioneered the term “progressive web apps” to describe a revolutionary technology of app development that took advantage of new features supported by modern browsers. Just 6 years later, more and more companies are leveraging the potential of PWAs as an alternative to native apps. However, despite the increasing popularity of progressive web apps, there are still a lot of PWA myths that are spreading around – and today, we will bust them all.

Because the concept of a progressive web app is still relatively new, it is completely normal that there are a lot of misconceptions around it. So, let’s see which ones they are, and what is the actual truth behind them:

1. PWAs and websites are the same

Probably one of the biggest PWA myths that is being thrown around is that there is little to no difference between progressive web apps and websites. And while it’s true that PWAs share some of the characteristics of websites, especially the fact that they can be both accessed via a URL, they have functionality far beyond a simple website.

For example, progressive web apps are capable of incorporating the native features of the user’s device, such as GPS or camera, which enhances engagement to a point that websites just can’t reach. On top of that, they also have offline capabilities – meaning that detailed information and the apps’ features are stored using built-in service workers cache, and allows user to access the content even if the connection is not very stable.

Other PWA benefits, such as improved security and the option to install an icon of the app on your home screen, prove that even though websites and PWAs share some common things, they are definitely not the same. So, the first of our PWA myths is busted!

2. PWAs must be downloaded from an app store

However, this couldn’t be further from the truth. Although some companies do list their PWAs in the app stores (Twitter Lite is a great example of a PWA which most people think is a native app, since it’s in the app stores), there is no need for them to do this. In fact, one of the biggest benefits or progressive web apps is that they allow you to bypass app stores completely, due to the fact that they can be accessed with a simple URL or a QR code. In other words, you can access them exactly as you would access a regular website, except that you also get the added features and functionalities of a native mobile app, which is something that websites don’t offer.

So, having to go through the hassle of app stores is not only one of the biggest PWA myths out there, but it also means that you would be missing out on benefits such as:

Although you don’t have to publish your app on the app store, this doesn’t mean that it will be difficult for people to access it and use it. On the contrary; they can easily download it as an icon so they can have a shortcut on their phone. And the best part is, it doesn’t take anything more than just a few kilobytes of space! Which is significantly less than downloading a full app from the store.

Of course, these are just some of the benefits from bypassing app stores with a PWA – you can check the full list in our article No App Downloads? 6 Solid Reasons to Bypass App Stores. And now, let’s continue with our list of PWA myths!

Next on our list of PWA myths that need to be debunked is that progressive web apps don’t work on iOS, which is not precisely true. However, it needs to be clarified because there are some things to keep in mind as well.

Put simply, PWAs are absolutely functional on iOS, and they don’t require a separate app development for iOS and for Android as native mobile apps do. However, there are some restrictions which iOS puts on PWAs, and they are currently lacking what’s called the Service Worker. The Service Worker is a script that your browser runs in the background, separate from a web page, and it opens the door to features and functionalities that don’t need a web page or user interaction.

This means that the lack of this script is stopping iOS from having the 100% range of capabilities that Android offers, such as push notifications and background sync, although alternatives are available. However, according to the latest development updates from Apple, they are already working on providing the Service Worker feature.

Our list of PWA myths continues with the common misconception that progressive web apps cannot be monetized. This statement is not only completely false, but in many cases, PWAs can give you even more options to monetize your app compared to native mobile development. On top of that, your revenue might end up being even higher because you don’t have to pay commissions to the app stores – which, as we discussed previously, can reach up to 30% of your earnings!

There are multiple ways you can monetize your progressive web app, from display advertising to working with different partners and agreements on the development of internal campaigns. Additionally, because PWAs can be indexed on search engines, you could also earn even more revenue from ads because you will be getting a lot more traffic than simply publishing your app on the app store.

For a full list of the different methods that you can choose from to monetize your app, you can check our article Top 6 App Monetization Models & When to Choose Each One.

5. Developing a PWA can be expensive

Undoubtedly, one of the most popular PWA myths that have been spreading around is that developing a progressive web app can be really expensive. This misconception probably happens due to the fact that PWA technology is relatively new, which causes the impression that it will be difficult and will result in higher costs for its development. However, building a progressive web app doesn’t have to result in high costs at all – on the contrary, the chances are that it will end up being even cheaper than developing a native mobile app.

In one of our previous articles, we explained that native apps can be really costly to make, especially if you want to add advanced features that need additional development. These prices can go even higher if you want to have an app both for Android and iOS, as each system requires separate development. To sum it up, the prices for native apps can look something like this:

Looking at these prices, it is easy to get scared and believe in the commonly spead PWA myths that progressive web apps will also end up being expensive.

With an advanced no-code, Drag & Drop app builder such as Beezer, you can actually build a fully functional PWA from scratch for as little as 16 dollars per month! Which is just a fraction of the cost that you would spend on developing a native mobile app, especially if you need to develop two – one for iOS, and for Android. When it comes to progressive web apps, you don’t need to separate this development as PWAs are designed simultanteously for both systems.

6. A PWA can take a long time to make

Of course, we can’t have a list of PWA myths without mentioning the time required for development. This misconception probably comes from the fact that native mobile apps usually need a lot of time to be fully developed and tested, which can be up to 9 months on average! Or in other words:

Considering how long it can take to build a native mobile app, it is no surprise that progressive web apps may sound even scarier and more complex to make. However, this isn’t precisely true.

Nowadays, there are advanced progressive web app builders that provide you with the complete platform and all the tools you might need to build your PWA. And the best part is, you don’t need to have any skills in coding – you can simply drag the features that you would like to add to your app, and drop them seamlessly to start building it from scratch. With Beezer, you can make your own progressive web app in less than 1 hour!

Which is definitely not something unachievable – don’t we all have 1 hour of our time to spare for establishing a solid and sustainable mobile presence?

7. PWAs are just another technological buzzword

And of course, if the previous PWA myths we mentioned weren’t enough, there are also people who believe that progressive web apps are just another technological buzzword, and a trend that will go away in a couple of months. Which isn’t even remotely true.

In fact, progressive web apps are bound to stay here with us for a long time, and the main reason why is because the way people use mobile devices has changed. Nowadays, users download very few applications from the app store – in fact, 65% of mobile device users download zero apps per month! On top of that, even those apps that manage to get downloaded don’t receive a lot of traffic as people are using them less frequently than before.

At the same time, users tend to browse a lot of online content on their smartphones, expecting the convenience and seamless functionalities of native apps, but without the need to download them and maintain them in their phones. All this means that nowadays, users prefer to use their smartphones as the primary way of browsing and researching content, but they are not willing to give up on functionality or convenience for it.

Considering that progressive web apps have already been implemented by big companies such as Google, Trivago, Lancôme, AliExpress, and Forbes, this proves that they see the value and importance of leveraging this technology to improve user experience, and provide better content and function than native mobile apps. In fact, progressive web apps are designed to take the best of both worlds – mobile and web, to provide a complete and seamless experience for users.

If you don’t have an app yet, or want to switch from a native mobile app to a progressive web app, now is the right time! You can create your own app and establish your mobile presence for just a few minutes of your time, and for a fraction of the cost of native app development. Click here and start your 30-day free trial with Beezer today!

Thank you for reading our article on the biggest PWA Myths, and we will see you in the next one!