Discover how career and life coach Lena Kay turned a TedX talk with 2.8 million views into a devoted member club connected via a mobile app.

When you speak with Lena Kay and see her sunny smile, the last thing that you imagine is a past filled with suffering and adversity. But it was just these hardships that made Lena into the person that she is now, and helped her to craft a career as a personal transformation coach.

Born in Kurdistan in northern Iraq during the Iran-Iraq war, Lena and her family fled to the U.K. as refugees of war, escaping Iranian bombs and Saddam’s chemical weapons. She grew up in London, and as a young woman, her future seemed to be taking off. By her mid-twenties, Lena had risen through the corporate ranks to become a team leader at RBS.

But it was then that Lena had a breakdown. She suffered from a tumour on the Pituitary Gland in her brain, and this affected her along with an onset of chronic depression, anxiety, panic attacks, and post-traumatic stress disorder, accumulated from a largely unacknowledged past. She fell to living in a homeless hostel, living on government financial assistance, and spiralling deeper into depression and addiction.

At this low point in her life, Lena saw a video which sparked for her the simple idea that would go on to change her life: that we create our own reality, and are responsible for the circumstances in our lives.

In Lena’s own words:

“I never let myself forget where I’ve come from as a refugee from Kurdistan. And it’s important for me to remember all of the challenges I’ve faced: health challenges, challenges in myself and my own mind, financial challenges. With all of that, for me to be where I am now – that is the whole purpose behind why I started my business and how I fell into transformation consultancy and coaching.

I never even knew what coaching was! But over the process in which I came to focus my life, I found certain tools that really helped me – to heal, to focus, to get my finances in order…to start a business, I mean, me, starting a business! You know, if I can do it, anyone can do it. It’s really, really hard, but you can do it.”

I work with individuals on a one on one basis, but also with groups, in workshops, and with businesses. Really, I work with anyone that wants to master themselves and their emotions: who want to feel better, think better, perform better. Anyone who, as a human being, knows that they’re not using their full potential.

The only time our lives don’t change is when we don’t change. And change is really hard! I know from my own experience. It’s hard, and it can be lonely – so that’s the whole premise of my business. It’s helping people to transform, to create the changes that they need in order to get the results they want.

And I want to give them practical tools. I’m all about how to do stuff, not what to do. It’s not just about motivation and positive thinking. I like to give people a structure – practical tools that they can really apply, as long as they have the will and the focus to do so.” 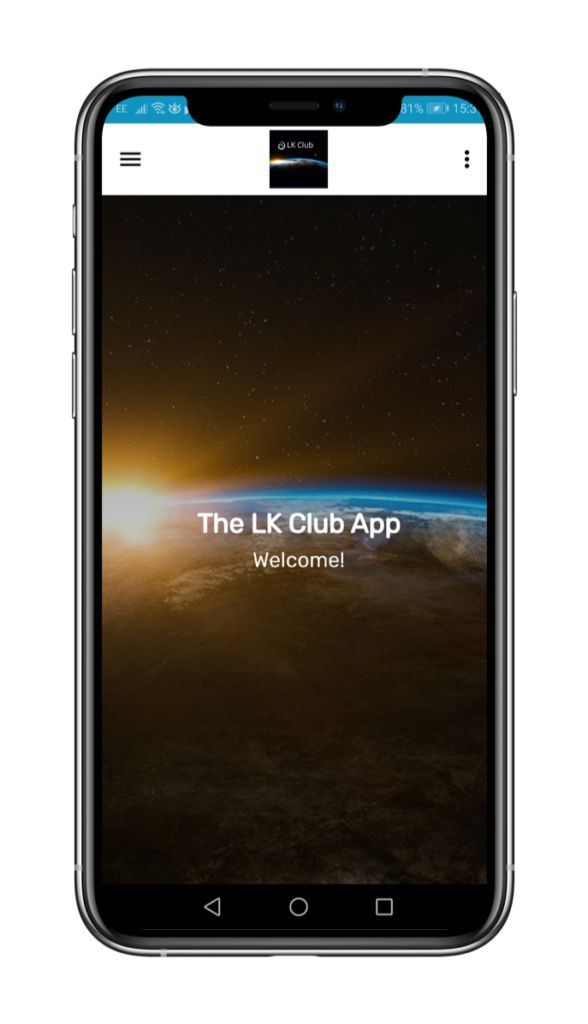 “Lena, in addition to running one-on-one sessions and workshops, has created her “LK MasterMind Club.” Members get a one-on-one intro with Lena, which leads to her tailored recommendation of various trainings, meditations, and other personal support. And every Sunday, the group comes together via an online meeting group. As Lena says, “it’s so cool because we’ve got members aged 17 to 76, and from all over the world.

“Change can be a very lonely journey. That’s what I found when I was changing my life. It was very lonely – I grew out of a lot of things, and I grew out of a lot of people. Not everyone understood what I was doing or why I was doing it. And you really are a product of your environment: you’re an average of the 5 people you hang out with the most.

So I didn’t have that community, and that’s why I built it. I knew if I did have that, I would’ve progressed so much further, so much faster.”

The LK Club is where Beezer comes in:

As Lena says, her Beezer app is “an extra resource for those members. So there’s no excuse for them, because it’s right there on their phone! They can access all the trainings, quotes that I’ve made for inspiration, meditations, PDF downloads, my contact information…everything, their little portal of transformation, is in their phone.

All of the members of my club have a password and login to access the trainings. And if they just log in once, then every time they go back in there, they’re already automatically logged in so they can just access everything right away – that’s something I love about Beezer.”

Beezer was recommended to Lena by a former client turned friend Phil Goldberg, a social media consultant whom she’s helped with business ventures.

“One of my goals was to create an app – and in my mind, I thought, OK, I’m going to need a big budget, I’m going to have to find some techie people that know how to do this stuff and negotiate with them…then I tried to look into how to do it myself and thought – no way, no one’s got the decade it would take to invest into learning to make an app! And so, I’m really, really glad that he did recommend Beezer. It was just so easy to do. I couldn’t believe it – it was just perfect.”

Check out this video on YouTube to hear Lena talk about her app and her experience with Beezer.

If you want to learn more about Lena and her business, check out her Tedx talk on YouTube, watch her other videos on YouTube, or visit her website.