Stirling City Radio is a volunteer-run, participatory radio station, broadcasting on the internet from our base in centre of Stirling. 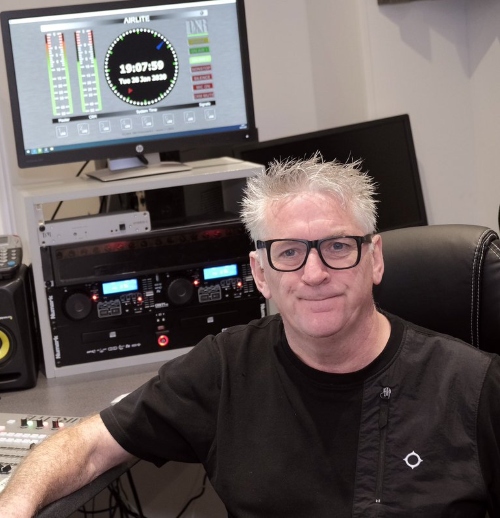 James is a proud resident of Stirling. Back in 2000, the Scottish town officially became a city. It was around that time that James, who owns a local car body shop, got together with a group of friends and likeminded people and started ruminating on an idea.

We’ll let James tell you a little more about it himself:

“We started looking at setting up this radio station as far back as the millennium, if you can believe that, but it took a while for it to finally come about. Really, we were just some mates that got together, and we thought – let’s do it, but let’s do this a little bit differently.

So finally, a little over three years ago, we started Stirling City Radio as part of a community concept, together with a coffeeshop. We didn’t own the coffeeshop, but we were a joint part of the concept. It was a great place. 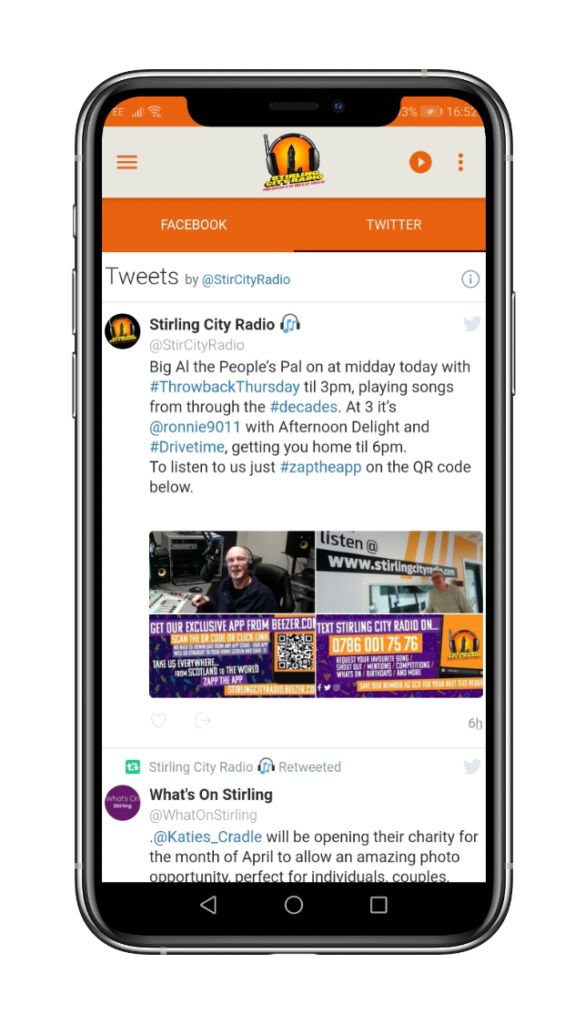 “The great thing was that people at the coffeeshop could see into the studio. People were curious – they’d wonder, ‘what’s going on in there?’ They’d come and request songs, or just see what was happening. And we’d pull people in from the coffeeshop, and say, ‘have a seat! Where are you from? Do you want to say hello to someone?’ There was great interaction. People bobbed in and out of the studio, and it really felt like a community thing.

Unfortunately, the coffeeshop ended up having to close, because it just wasn’t getting enough foot traffic due to its location. So it was time for us to move – and we were growing anyways, so we were ready for a bigger space.”

Stirling City Radio has moved into a brand new space, above a local shop and community hub that lets the Radio keep its communal spirit. The new studio is on the second floor of Made In Stirling, a shop and community space selling and showcasing arts and crafts from local artists and artisans, and offering regular classes.

James is excited not only about the continuing growth of Stirling City Radio, but also about the continued growth and development of Made In Stirling, which will bring more people and activity to the second floor near the recording studios:

“We’re growing, which is exciting. This year hopefully we’ll go into DAB and get a license for that. What that means, basically, is that we’ll have a license to be ‘proper radio’, and we’ll be able to go into people’s cars.

But we’re still very much an open door. If anyone gets in touch with the radio station, we always make a point of saying ‘yeah, come in, see us. Let’s get you on air.’ And if we can help with anything we will. On social media we do one post about us, to every nine posts about everybody else. So we’re very much about the community, and that’s what our focus is – the community.”

And how does Beezer fit into all this?

James goes on to explain how Stirling City Radio’s Beezer app has been an essential communication tool that’s helped to propel the station’s continuing growth:

“We’re an internet-based radio station, so it was really important for us to have a communication tool. And at first, we went the conventional route – we had an app, an android app. But when we found Beezer, we decided to give it a try.

We exclusively use the Beezer app now – we don’t use an android or Apple app at all. And it works really well for us! We were up and running in about ten minutes – it was fantastic. And we like the interaction with it, and the fact that we can change it…if there are any tweaks we want to do, the platform is there and it’s easy to do.

The really big plus for me is being able to have an app that you don’t have to download. And as a radio station that’s run by volunteers, it’s important for us to watch our costs. With Beezer we can save some money along the way and still have the same service. It was a no brainer for us.”

“The beauty is, when we meet people we can say give me your phone number – and bang, they’ve got it straight away. And we have a promo that the radio plays to get more people to download the app, and we promote it on social media – so we’re seeing growth in it all the time.”

How does the Stirling City Radio app work?

James explains how simple it is: “what comes out the radio comes out the app. People use it as a player of the radio. We’re on 24 hours a day, 7 days a week, so if you’re at work, at home, wherever, you can put your headphones on and listen with the app.”

Check out this video on YouTube to hear James talk about the app and his experience with Beezer.

You can tune in to Stirling City Radio through the app by clicking on the link below, or see what they’re up to on their Facebook or Twitter pages.