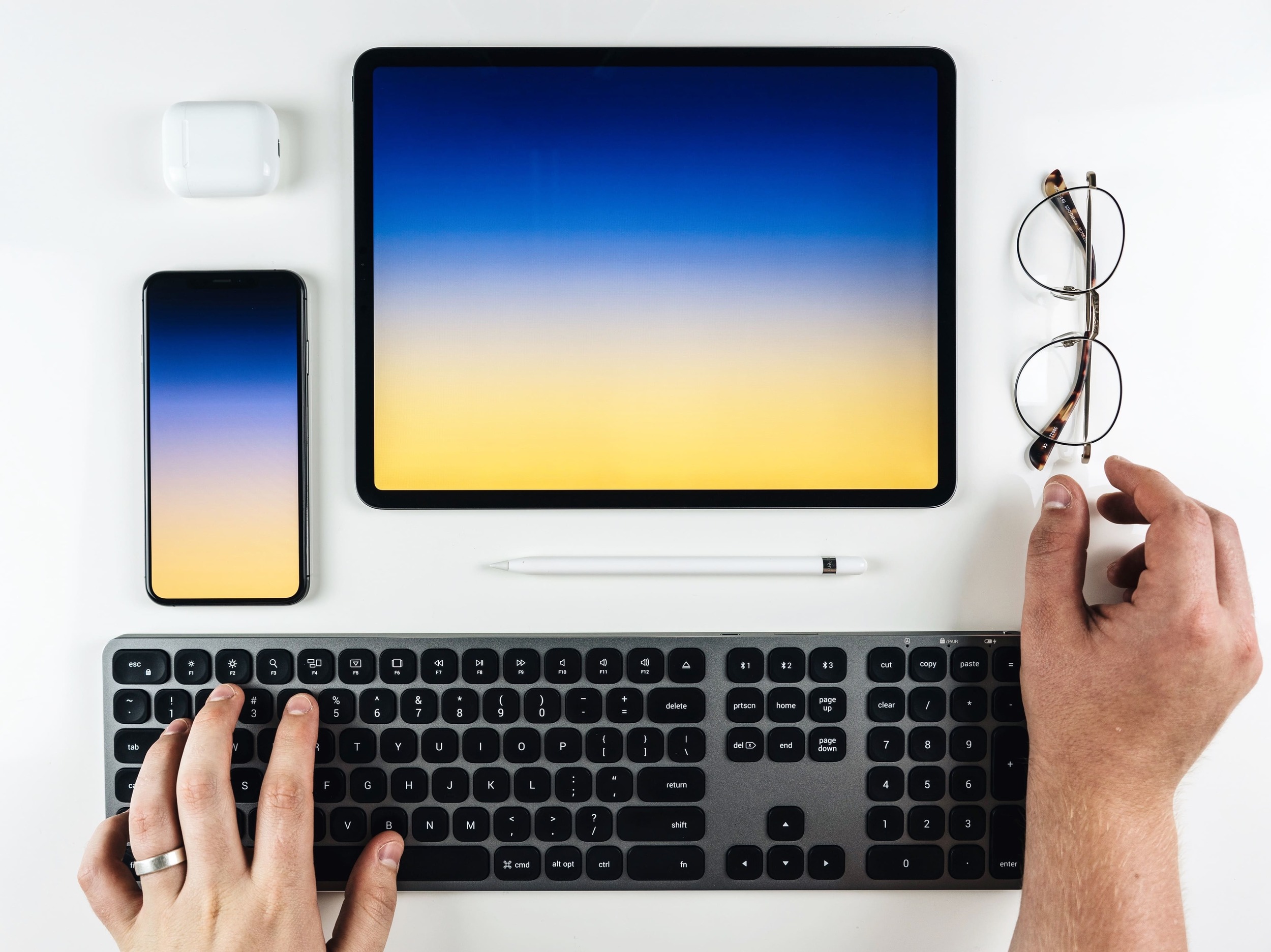 Progressive Web Apps (PWA) are fast and reliable web Apps that work on any browser. Based on a Google initiative, they are the future of web Apps. PWA’s provide an installable, App-like experience on desktop whilst taking a mobile-first Approach.

While the process of loading a native App for the first time can be somewhat frustrating, having to download it first, it becomes worth it once you’re able to immediately start it every time you use it. App users have come to expect this reliability, which is why a PWA must deliver a performance that is just as fast. PWA’s load immediately, providing meaningful content and an interactive web experience in less that 5 seconds.

Since they’re also installable, PWA’s look and behave like any other Native App. Instead of having to bookmark a browser tab, a PWA launches as a Native App and runs like it, in a window without an address bar and with its own launching experience details such as a customised splash screen, icons, etc. It is also a top-level App in the task switcher, just as all other installed Apps, and the highest quality can be expected when the PWA has the guarantee of being built by Beezer.

Another advantage of choosing a PWA over a Native App, is that thanks to responsive design techniques, they work on both mobile and desktop. This becomes possible thanks to the use of a single code between platforms.  “These Apps aren’t packaged and deployed through stores, they’re websites that took all the right vitamins… They progressively become Apps.” – Alex Russell, Google Chrome.    PWA Advantages Over Native Apps

The disadvantages of having to be found and bought through an App Store go from the high number of competitors, the difficulty of being well positioned on that long list, and the cost it means for your company. There is no wonder why 8 out of 10 Apps never make it out of the Apple Store and a 60% of Google Play Apps have never even been downloaded.  It is important to note as well that there are more challenges to overcome when dealing with App Stores, such as: a 30% Purchase Tax; limited communication with users that pay outside the App Store; Application updates being routinely blocked; Siri, HomePod, and Apple Watch competitors being locked out; and Apple customers not having a payment choice.  The store model is clearly not favourable to all those businesses developing Native Apps, which is why many are getting rid of Apps and migrating their client strategies to Progressive Web Applications.

Beezer is the only platform in the world where you can launch and distribute a PWA on the same day, without needing an App Store. More importantly, there are no hidden fees along with the subscription you sign up for and the App is entirely in your hands, meaning you can update and publish changes as and when you need it, avoiding any long Approval process.

The on-boarding process for a Consumer Mobile Native App is a journey with too many steps, which means you can lose an average of 20% of potential users in each one of them. As an example, this is what could happen to a Native App with a potential of 1000 downloads:        • Beezer’s Solution: We provide a quick and unobtrusive on-boarding process that has already been proven to increase our clients’ Apps likelihood of success. Your PWA goes direct to customer distribution via: SMS, email, a downloadable website widget, QR code for print and TV, and a social media short code that is great for print, radio and TV campaigns.

The high revenue amounts Apple and Google count on are undeniable and they come from somewhere. These two giants make billions through their mobile App stores, charging a fee of around 30% of all sales to their collaborators, in exchange for providing a safe, trusted environment. Why would any business be hAppy with a third party taking a 30% cut of their pre-tax revenues? Considering this high cost, it is easy to wonder if they offer that much value or if there is another way to succeed.

The web is a safe place. In fact, one of the reasons why web standards take long to implement is their secure implementations. This means there is, indeed, an alternative to Google and Apple App Stores for customers and that is to take advantage of the recent PWA movement. Since there is no real security advantages offered by Native Apps, especially considering HTTPs is a requirement in any Beezer PWAs, these ones do not have the monopoly on monetisation. ApplePay is just another payment provider. The web has been monetised for over 25 years and the ability to receive money online is now easier than ever, especially within PWAs.  There are options for a third party payment gateway integrations such as real-time credit card methods, ACH, PayPal, and many others. Taking advantage of this costs less than a 3% of your sales, which is evidently much lower than the 30% Apple takes.

Until now, Search Engine Optimisation (SEO) for Apps was limited to a good listing in the App store. Since Google introduced the App indexing, now it’s also possible for users to receive link recommendations that directly refer to the contents of the installed App using the Google search App. But for the user to benefit from this, certain requirements have to be met. Thus, a user must actually have installed the App in order to click on the target site in it. Also, the source code of the website must be edited. There, deep links are inserted. These deep links must be created for iOS and Android separately. Moreover, they also need to be integrated into the XML site map, so that the Google-bot can be made aware of them. Quite the complicated process.

For businesses to succeed online, they need to deliver engaging experiences in line with their needs. Your PWA has the best chance to success thanks to the latest web capabilities we provide within our platform, such as the App Discovery Optimisation.  PWAs are the only way to deliver user experiences on the web just as Native Apps do but without their costs & restrictions. With further development of Progressive Web Apps, there are many possibilities for SEO. A great advantage lies in the fact that a Beezer App is shared with you through a link, and it’s called up within a browser. Which means search engines can also index these links. In conclusion, PWAs don’t have the distribution or discovery challenges of Native Apps.

Different App versions must be simultaneously developed, published, and maintained for the various operating systems. Updates to the App have to be carried out through the Appropriate App Store for each operating system. A major disadvantage of Native Apps is the high cost factor. Costs don’t involve just App development, but also ongoing maintenance as operating updates hAppen. In addition to the actual CMS.

So, finally there’s a better way… Beezer – Build Something Brilliant.

Moving forward Beezer aims to offer a solution that can target the existing websites currently in market with the solution for them to convert into a Beezer PWA within a few clicks. They won’t need to create anything new, just add some capabilities. In fact, anyone with an existing website will soon be able to upgrade it into a PWA in as little as 5 minutes.    This is thanks to Beezer leveraging the Wix.com and Weebly.com channel partnerships to test an existing web convertor to PWA builder using AI. With a few clicks we have established we could implement all the PWA enhancements without affecting anything on an existing site. This removes the biggest barrier to signing up to a SaaS Website or App builder: the creation or transferring of content. This functionality unlocks the current existing 1 billion websites market.

“The core concept of a PWA – building platform that enables non-techie content owners and marketing folks to build and manage a content focussed App is a strong idea, and the install process is smooth (as tested on my Windows phone).

Sharing the App via email is smooth on my device and I can see how an App that was specifically constructed to incentivise folks to share with others could become widely distributed rapidly.

The sharing over text via the in App share panel worked a treat and with your recent addition of WhatsApp is a real winner from my perspective. Finally an all encompassing platform that overcomes the challenges of having an App in the market place and affordable too, well done lad.” Angus Foreman, Microsoft Chief Architect.

The Internet has shifted, and the Beezer SaaS platform is at the forefront of this seismic shift towards a new World Wide Web – The Progressive Web. We believe we are also the only platform in the world offering the right solution to address the current Native App shortfalls, associated general costs of building and running a Native App as well as the distribution challenges.   Good luck everyone. Brian Smillie – Founder & CEO